Matter, an industry unifying IoT wireless network standard that is yet to be released. It aims to be dependable, frictionless, and secure, a communication basis for linked objects. The project was started and announced in 2019. Using a specific collection of IP-based networking technologies, starting with Thread, Wi-Fi, and Ethernet, Matter, a platform built on IP (Internet Protocol), enables the communication between smart home devices and ecosystems. Matter is streamlining development for manufacturers and enhancing compatibility and ease of use for consumers. It is built on market-proven technologies donated by businesses throughout the industry and developed in a collaborative and open-source manner with an implementation-first approach. 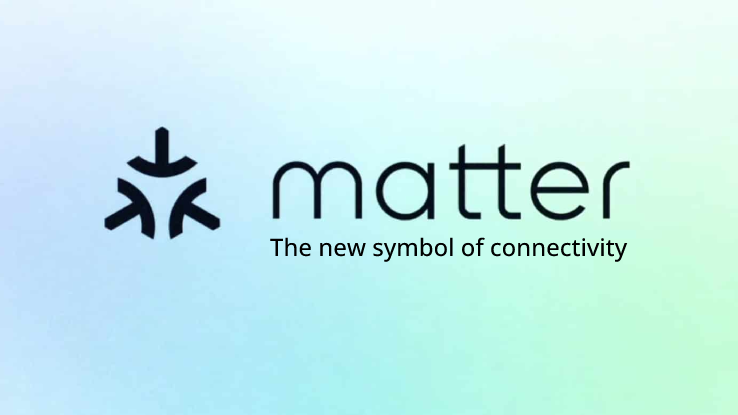 Matter attempts to establish interoperability across smart home devices and Internet of things (IoT) platforms from various suppliers and lessen fragmentation among various vendors. Amazon, Apple, Google, Comcast, and the Zigbee Alliance, now known as the Connectivity Standards Alliance (CSA), created and introduced the project group. Schneider, Huawei, NXP, Silicon Labs, and IKEA are later members. Matter-compatible items and software upgrades for already-available products are anticipated for fall 2022. The Matter standard is licensed by CSA, despite the fact that the Matter code repository is open source under the Apache license.

How Matter Affects the Industry?

Matter uses Wi-Fi or Thread for radio communication, with Bluetooth® still present for device setup functions. Before Matter, there are Zigbee, Z-Wave, and Lora that work with smart home appliances. However, Matter builds a bridge among all of them. In fact, Ikea recently announced the creation of its own bridge that would link the Matter devices with its current Tradfri line of products.

A few of the largest names in the market collaborated to introduce Matter, a new smart home interoperability standard. There are more than 170 firms engaged, with the most well-known names including Apple, Samsung, Amazon, Google, and the Zigbee Alliance. The modern definition of a smart house has not yet been established. To bring together all smart home firms, Matter was developed. Customers must ensure that dedicated hubs can connect to the appropriate peripheral devices and can choose which gadgets are best for their homes depending on the assistant and ecosystem in which they are currently integrated. It’s like being locked into one video game system and unable to switch to another to play the same game. But because the smart home is a friendlier battleground than other places, these businesses have chosen to simplify the entire system for both producers and customers. Therefore, Matter aims to be an interoperable protocol with common data models that guarantee smart home devices can function in different ecosystems. As a result, an Amazon Echo shows such a display model should theoretically be able to function with a Google Nest doorbell just as smoothly as it does with its own Ring products, for instance.

How Matter’s Technology Thrive Among Others?

The risk of cyberattacks rises as the IoT links more and more systems and devices, which worries users and discourages adoption. Matter was developed with security and privacy as its primary design concepts to overcome this challenge.

Zigbee and Z-Wave, the two technologies now in vogue, link every smart home gadget currently on the market. Now that Matter is taking off, these two, as well as tons of other popular radio protocols including Bluetooth®, won’t just cease linking your gadgets. Given that the Zigbee Alliance had a part in the development of Matter and, by extension, the Zigbee wireless standard, it is quite conceivable that these two technologies will continue to evolve side by side, forge a connection to Matter, and eventually integrate. The future of Z-Wave is more intriguing to watch. Additionally, even though it does not seem to be actively participating with Matter, it is.

Another radio protocol called Thread, meanwhile, is preparing to certify certain Matter-approved devices. We’ve covered the nature and advantages in our comprehensive guide to Thread but anticipate it to become more crucial as Matter progresses.

Google, Apple, Samsung, and Amazon’s involvement helped greatly for Matter to take off. These major smart home firms have led Matter, and now that the initial fervor about their involvement has subsided, each of them is outlining what this means going ahead.

Matter aims to make choosing between ecosystems and new devices simpler, however, the current gadgets’ adoption will be heavily dependent on their hardware and manufacturer. At some time, relatively recent Wi-Fi or Thread-based devices should upgrade to Matter, either through a bridge or a software update. Z-Wave devices are unlikely to be upgraded individually since IPv6 imposes a significant software overhead on the bulk of products. The good news for these gadgets is that the hubs they use to communicate are probably going to be updated or bridged to Matter.

The foundation of Matter is a common verdict that smart home technology ought to be safe, dependable, and easy to use. Matter will facilitate communication between smart home devices, mobile apps, and cloud services by building on Internet Protocol (IP), and it will specify a particular set of IP-based networking technologies for device certification.

Matter is the promising future that smart gadgets function consistently with one another, taking the uncertainty out of the purchase process. Because of that confidence, one can select from a broader variety of the brands one prefers and enjoys the pleasure of a connected home that is safe and easy to use.

Matter is an IP-based, unified connection protocol that keeps you focused on creating cutting-edge solutions and expediting approaches to market. It helps you connect to and construct secure, dependable IoT networks.

By streamlining the purchase process, bringing the smart home category to more merchants, and reducing operational expenses. Matter is the dependable IoT compatibility standard that propels every smart home development.

Amazon, Apple, Google, Samsung SmartThings, and the Zigbee Alliance announced their partnership and the establishment of the Project Connected Home over IP working group on December 18, 2019.

The ambitious project, Matter, which seeks to integrate the many ecosystems and gadgets found in the smart home, has experienced multiple delays. Project CHIP, as it was previously known, was originally supposed to be released in late 2020 after being revealed in late 2019 with a release date of late 2020. After a rebranding as Matter in August 2021, the release date was postponed until mid-2022. The launch has now been delayed until fall 2022, only three months after we anticipated seeing the first Matter gadgets arrive.

The latest delay is set for fall 2022, as CSA announced. The latest setback is due to ‘unprecedented interest’ says the CSA. The wait is necessary to complete the software development kit (SDK) that hardware producers will use to integrate their devices into the Matter ecosystem. Because more systems than anticipated have adopted the Matter standard, the SDK’s code has to be improved to assure that everything will work together as intended. It was noted that while the feature set for the Matter specification is finished, additional time must be spent working on a few crucial parts of the SDK to stabilize, adjust, tune, and increase the quality of the code.

The revised schedule suggests that we may still see Matter-certified items this year, but maybe in fewer numbers and later than we had anticipated. The first release includes 130 products from 50 firms across 15 categories that are now undergoing testing. These gadgets include wireless access points, bridges, TVs, smart locks, thermostats, blinds, and switches. They also include smart lamps, plugs, and switches. As soon as the Matter standard is published, businesses in this initial wave will be prepared to apply for certification and begin shipping to users.

Your email address will not be published *
View Comment

Get your FREE IOT solution consultation

Pay attention to privacy, and we also welcome your friendly exchanges.